If you would have asked me 31 days ago what I thought about gluten free diets, I would have probably rolled my eyes and said something like, “It’s trendy. People who don’t know better demonize a specific food. Last week, it was eggs. This week, it’s wheat. Other than the small number of people who suffer from celiac disease, going gluten-free is completely unnecessary and has no health benefits. People have been eating wheat for thousands of years. Jesus ate wheat. Eat like Jesus ate. Pass the bread, please.”

And I would have said all that somewhat sarcastically and with authority. (I have no credentials, whatsoever.) Even at the risk of offending my Gluten Free and Paleo Zealot friends.

Then, exactly 30 days ago, while unsuspectingly strolling through Target’s book aisle, I picked up this. 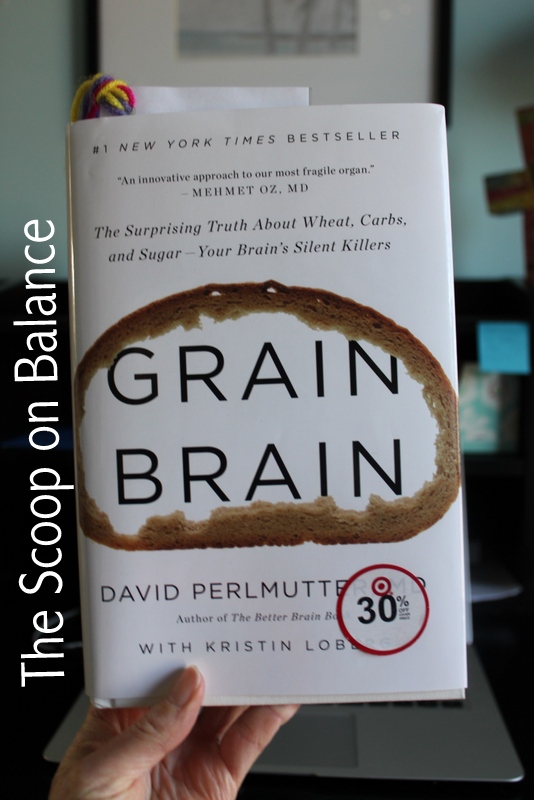 And I unsuspectingly opened it up and read I this:

I’m here to tell you that the fate of your brain is not in your genes. It’s not inevitable. And if you’re someone who suffers from another type of brain disorder, such as chronic headaches, depression, epilepsy or extreme moodiness, the culprit may not be encoded in your DNA.

It’s the food you eat.

Yes, you read that right: Brain dysfunction starts in your daily bread and I’m going to prove it. I’ll state it again because I realize it sounds absurd: Modern grains are destroying your brain. And by “modern” I’m not just referring to the refined flours, pastas that have already been demonized by the anti-obesity folks; I’m referring to all the grains that so many of us have embraced as being healthful—whole wheat, whole grain, multigrain, seven-grain, live grain, stone-ground, and so on. Basically, I am calling what is arguably our most beloved dietary staple a terrorist group that bullies our most precious organ, the brain….This isn’t science fiction; it’s now documented fact.

I believe that the shift in our diet that has occurred in the past century—from high fat, low-carb to today’s low-fat, high-carb diet fundamentally consisting of grains and other damaging carbohydrates—is the origin of many of our modern scourges linked to the brain, including chronic head aches, insomnia, anxiety, depression, epilepsy, movement disorders, schizophrenia, attention deficit hyperactivity disorder (ADHD) and those senior moments that quite likely herald serious cognitive decline and full-blown, irreversible, untreatable, and incurable brain disease. I’ll reveal to you the profound effect that grains could be having on your brain right now without you even sensing it….

There is little doubt that the largest and most wide-reaching events in the ultimate decline of brain health in modern society has been the introduction of wheat grain to the human diet.

The information that I will reveal to you is not just breathtaking; it’s undeniably conclusive. You’ll be shifting how you eat immediately.

Okay, Dr. David Perlmutter, M.D., you have my attention. I mean, I think I stopped in for toilet paper and shampoo. I didn’t plan on a life-changing encounter with a book.

Unless, of course, you are a quack who had mild personal success weaning off meds by giving up bread, and now thinks everyone should eat exactly like you ate.

As a practicing neurologist [for over 30 years] who cares day in and day out for individuals searching for answers to debilitating brain conditions, as well as families struggling to cope with the loss of a loved one’s mental faculties, I’m compelled to get to the bottom of this. Perhaps because I’m not just a board-certified neurologist but also a fellow of the American College of Nutrition—the only doctor in the country with both these credentials. I’m also a founding member of the American Board of Integrative and Holistic Medicine [also, the author of two more books and the recipient of many awards]…It’s time someone like me came out from behind the microscope and the door to the clinical exam room and, frankly, blew the whistle. After all, the statistics are astounding.

So, I took the book home and immediately began reading all about the astounding statistics. By that night, Jon and I were both convinced our family needed to go gluten free. 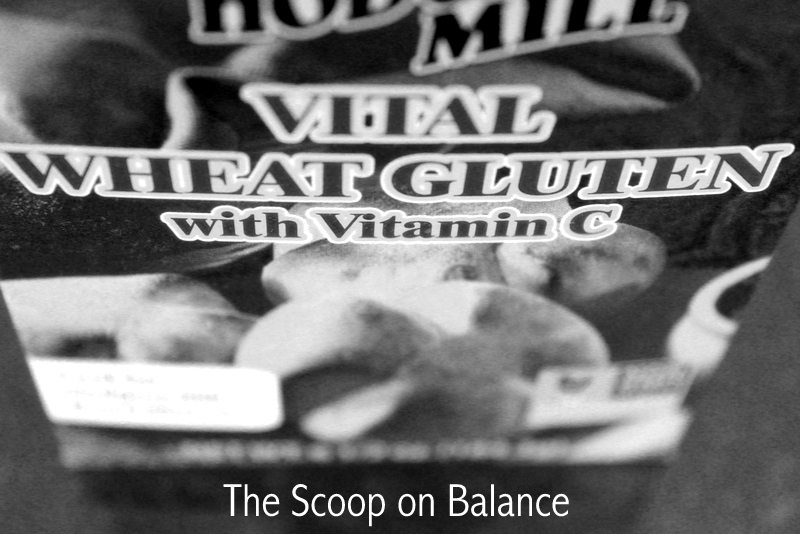 I can’t even begin to explain the science behind all this, so I won’t even try. My BFF has a PhD in Molecular and Cellular Pathobiology (She is smart, she is kind, she is important) and I asked her to read the book along with me so she could explain it to me. She tried (explaining it to me), but I’m a little hopeless in the science department. (However, if you need me to edit a paper for you, I’m all over that.)

No, seriously, she was totally into the science of it all. And by the end of the first night, she was gluten-free, too. And also, low carb. She’s cray-cray.

In the last 10 years, I have made two sweeping changes in our family’s diet:
1. giving up all fast food
2. and switching to whole/organic foods.

While I’m constantly tweaking my diet to try to reach certain fitness goals (the month of vegan, the month of Paleo, eliminating shell fish, pork and red meat, switching to whole grains, adding Shakeology, etc.) some of these changes don’t stick for the long term, unless they yield the results I’m looking for or there is hard science to back up the change. Also, I rarely involve my family in the tweaking, except for convenience (not having to cook separate meals), and I do that slowly, over time.

But this one feels more like a Sweeping Change than a Tweak. And it happened immediately because…

1. Several members of my family suffer from the “brain disorders” mentioned in the book, which we are mostly trying to manage through diet, exercise and natural supplements. My son currently takes meds for ADHD—which I do not like at all, but consented to as a last resort because he was struggling so badly with life.

2. Wheat is not only a staple in my home, but also the primary food source for both my girls. (When I say that my daughters eat a diet of about 80% carbohydrates, mostly coming from wheat or grains, I would not be exaggerating. For them, pasta and bread are the main course of meals most of the time. Elliana would happy if I served her pasta every day, all day, amen.)

3. Jon’s fraternal grandmother battled with Alzheimer’s the last few years of her life, taking its toll on Jon’s dad in a profoundly sad way.

For us, it is about the health of our family. I will do just about anything to ensure the health of my family. So, tweak, we must!

We have been mostly GF for a full month now. I say “mostly” because, while I stopped serving wheat at home*, if a child wants something while we are at a restaurant (which turns out to be once or twice a week), I’m not making a big deal about it. I’m steering them toward the GF options on the menu, but I’m not going to argue with them about it at this point, since we are still all trying to adjust to what is “allowed” and what is not. That’s confusing for a kid.

After a month, here’s what I’ve learned so far:

1. Going GF is not has hard as I thought it would be. When we first made the decision, I contacted several of my GF/Paleo friends for advice and direction. They were awesome and sent me to all the best websites and store products, as well as flooding my inbox with delicious recipes. What I realized is that I didn’t really need all that. Simply eliminating wheat leaves pretty much EVERYTHING ELSE to eat (almost every other grain, potatoes, every fruit and veggie, every meat, dairy, eggs, nuts, seeds, and beans.) I can work with that.

2. Whole Foods Market has an amazing selection of GF products. I’ve heard Trader Joe’s does, as well, though I have not been there yet.

3. GF pasta is bland and mostly tastes like rice—even the mixed grain variety–even in yummy recipes.

4. I previously relied heavily on pasta for a quick go-to dinner. I need to find an alternative go-to dinner.

5. GF bread is expensive ($6+ for a tiny loaf) and highly processed.

6. Lettuce makes a fine bread alternative for sandwiches and burgers. I made Lettuce-Wrapped Southwest Turkey Burgers last week and my kids thought it was one of the best meals I had ever made.

8. You can’t really lettuce wrap a pb&j. (Thus, the need for pricey bread)

9. GF cereal is also expensive and made mostly of rice or corn.

10. Elijah (my carnivore) is thrilled that I started serving him sausage and potatoes for breakfast.

11. Frying up that sausage the first morning—after not having sausage, pork or red meat in my home for years—I hardly recognized myself.

12. There are foods that are naturally GF, but are not “Certified Gluten Free” because they may become contaminated with gluten during processing. Oats fall into this category.

14. Since none of us suffer from celiac disease, we have decided to continue eating regular oats and other foods that are naturally GF but may be contaminated (Clif Bars, Shakeology, certain cereals, fries that are fried in the same oil as breaded foods, and whatever else we discover along the way).

15. Several local and chain restaurants have GF menus, including the pasta capitol of the world: Olive Garden.

17. Costco has many GF products in bulk—including all-manner of natural sausages. (Excited about sausage—who am I???) 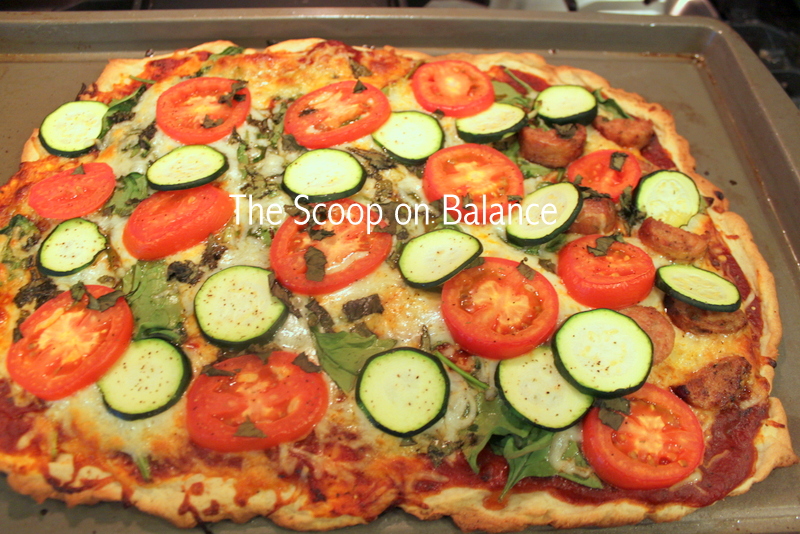 22. You can eliminate wheat, and still eat a very unhealthy diet. According to Grain Brain for optimal brain health, you must also eliminate or dramatically reduce sugar, carbohydrates and processed foods and increase healthy fats. (My BFF is at her lowest weight in a decade since going GF/low-carb.)

23. My kids and husband are rock stars. Seriously, I know I am a pain the way I’m always talking about health and nutrition to them, and I’m always trying something new or eliminating this food or that food. Sometimes they buck the system—I don’t blame them—I would, too. But with the GF thing? They were all like, “Okay!” Elijah, especially. When I told him we may be able to wean him off his meds if we change his diet, (he hates taking them, but they really help!) he became highly motivated. Now they are asking me before they eat, “Is this gluten free?” They really want to know. I’m proud of them.

*24.  Okay, when I said I hadn’t served gluten/wheat in my home in a month, that wasn’t entirely true.  Last night, I made home made chicken noodles soup and used old-fashioned egg noodles because, hello?  EGG NOODLES!  I had a head ache for the first time in a month, beginning last night and into this morning.

Should you also go gluten free? I’m not sure. All I know is that, unless you want your wheat-filled world completely shaken, DON’T READ GRAIN BRAIN.

Disclosure:
This post contains a affiliate links. That means, if you click on the links and buy Shakeology or Grain Brain, I receive a small commission.