My whole life, I’ve been surrounded by people who love me very much—people who care deeply about my decisions and their outcomes, people whom I admire and respect greatly—family, friends and church leaders.

As a young Christian, I could go to these people about anything and everything. With wisdom and grace they would patiently listen and then tell me what I should do. What a blessing for a teen-aged girl who often had no clue about much of anything. They didn’t seem to mind having me constantly come to them for advice, and I liked having access to their collective wisdom. I thanked God that He surrounded me with so many godly people who were interested in me and my new walk with the Lord.

But over time, I started doubting my own ability to make sound decisions without first weighing them against the opinions of The Committee (not their official name—this is what I called them in my head). And The Committee started sharing their opinions more often and more adamantly than I requested. If I agreed with The Committee and took their advice, they were happy with me. I liked when they were happy with me. It felt good. If I expressed disagreement with The Committee, I would sense their disapproval, and I didn’t like that at all. It felt terrible.

Because they were older, wiser, and godlier than me, I often deferred to them and their opinions for fear of making poor decisions, even if I didn’t really want to or didn’t agree. I didn’t like to disappoint them. I didn’t like to be wrong. And I wanted them to admire and respect me as much as I did them. I soon found out, the way to achieve their admiration and respect was to go to them for every decision and simply do what they said. I always made sound decisions, and they were pleased with me. It was a win-win.

Over the years, I continued to say yes. I was scared to tell people no. And as a result, I became very tired, stressed, conflicted, and resentful. 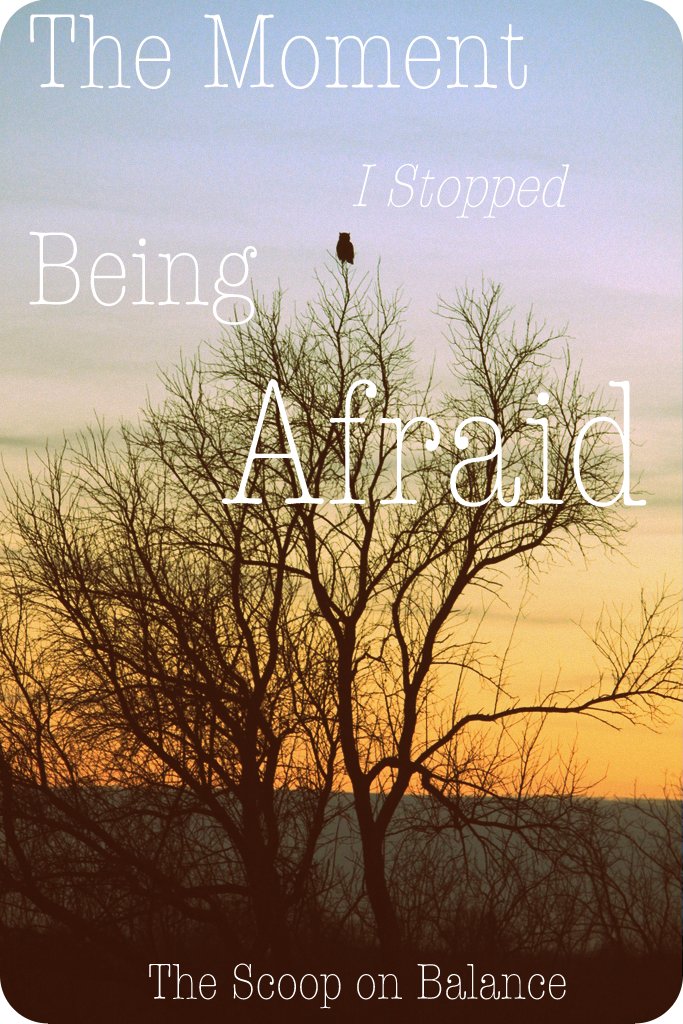 Obviously, having so many people weighing in on my life’s decisions posed, yet, another problem: they often didn’t agree with one another. Inevitably, I was disappointing someone, somewhere, and I didn’t like that at all. Worse yet, I had never really learned how to simply go to God and ask HIM what I should do. Because The Committee was comprised of godly men and women, I assumed The Committee’s opinion was also God’s opinion. And sometimes it was. But sometimes it wasn’t. I reached the point where I wasn’t sure which was which. And the thought of disappointing God was almost more than I could bear.

The problem was, these two men, both of I whom loved and admired, did not agree with one another. And symbolically, I envisioned the hundreds of people who stood behind each of them, at odds with one each other about what I should do. If I heeded the direction of my husband, I feared I would lose the respect and admiration of my pastor and the church family I had grown to love. If I heeded the direction of my pastor, I feared I could lose my marriage.

I wish I were exaggerating about the marriage thing, but I’m not. My new marriage was hanging by a thread for a lot of reasons–some big mistakes made in the first few months of our union, poor conflict strategies, and jobs that demanded too much of our time. At this point in our marriage, if I had dug in my heels and refused to support Jon in his new career opportunity, we would have divorced.

On the church and extended family side, I was entirely bound by fear due to years of dysfunctional reliance on other people and their ability to make decisions for me. I had no idea what a healthy boundary even was, let alone how to set one.

And so, in one-life altering moment, as I stood between one man who had guided me through major life decisions since I was a teen and the other man to whom I had recently pledged my undying love, my respect, and my future, I heard myself utter the words:

That night, I decided that learning to hear God’s voice would be my pursuit, even if it took me the rest of my life. If God really speaks to people today, I was going to learn to discern His voice for myself. I determined to devote the rest of my days to study how God spoke in the Bible and ask Him if He would also speak to me in those ways. I could not go one more day depending on other people to be the voice of God to me.

I had no idea at that time how words spoken in the back row of a church building in 1996 would shape my future. I had no idea that learning to hear the voice of God would be one of the most exciting and liberating experiences of my life. I had no idea how this one desire would grow into my life’s passion, and become material for bible studies, book manuscripts, and over a thousand blog posts. I had no idea how faithful God would be to speak directly to my heart, again and again and again. And how that one moment would also become the catalyst for teaching me to set healthy boundaries, so I could be free from people-pleasing and perfectionism.

In the end, I decided to risk loss of reputation and respect of my church family so I could cling like crazy to my marriage.

God met Jon and me there in our new city and our new jobs. He guided us through the uncertainty, fear, and rejection, and dumped a ton of grace and blessing into our lives. I knew I hurt some people in the process—a lot of them told me so—but God reassured us repeatedly it was most important to please Him, follow Him, listen to Him—and cling to each other.

I’m revisiting this story today because Jon and I just celebrated our 23rd wedding anniversary. 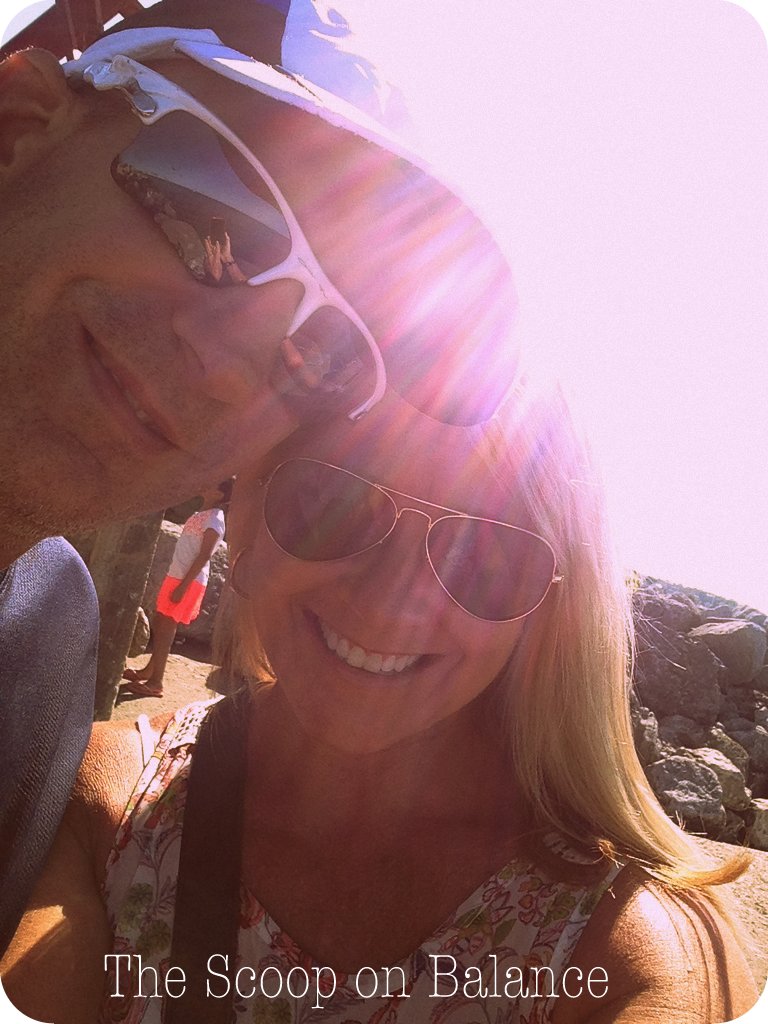 This wasn’t the biggest obstacle we ever faced—not by a long shot. But it was the first one. I know what it’s like to be hurt and confused and wonder if it’s worth it. I know what it feels like to wonder if your fragile marriage has what it takes to stand the test of time. If this is you, and you have the choice between fighting for your marriage or giving up, by all means, fight for your marriage.

I’m also sharing this today, because each week, a small group of women gather in my home, and I teach them something I have learned in my 20-year pursuit to hear God’s voice. Yesterday, as I opened up the scriptures and shared some insights, I saw that look on all their faces—the look every teacher lives for—the one where a light comes on and the student sees something she’s never seen before. It’s the moment that makes hours of prayer and preparation worth it.

It made me realize all over again how walking with the Living God and communicating with Him is still as fresh and relevant and life-giving as it was decades ago. And while I used to blog exclusively about hearing God’s voice, I don’t much do that any longer. Maybe I should, because my pursuit of balance or health, writing or relationships, would be completely futile if it were not for the voice of the Good Shepherd beckoning me to follow, telling me where to place my feet.

Now, decades later, I rest in God’s grace, amazing and abundant. I’m no longer afraid of losing the respect of friends and family, or of losing my marriage. I know God delights in disclosing to me His will for me, and in that—no, in HIM—I place all my hope.