“In the beginning, God created the heavens and the earth. Now the earth was formless and empty, darkness was over the surface of the deep, and the Spirit of God was hovering over the waters.

How cool is that? The very first “action” we see God perform is to speak.

And speak He did: He spoke light into existence.

LIGHT!  I don’t know about you, but I want to be able to hear a God who can speak light into existence. Can you imagine the insight we can absorb from a Light-Speaking Creator?

And He doesn’t stop there.  From the very first verse to the very last verse, God’s voice echoes through Scripture. He is whispering, shouting, wooing, leading.  Verse after verse.  Chapter after chapter.

In the Old Testament

(I just have to interject here…that donkey story is hilarious! If you do nothing else today, please look up that story and read it.  It is so stinking funny.  And in the book of Numbers, no less. Who knew?)

And in hundreds of other places in the Old Testament, it simply says, “God said.”

In the New Testament

He spoke to Saul in an audible voice through a bright light (Acts 9:1-9)

And of course, most profoundly: live and in person through Jesus Christ, God in the flesh

And that’s only a handful of examples. There are hundreds of “God saids” in the Bible. Now, why is it that we doubt God’s ability or desire to speak today?  Might I suggest that He is still the same God?  That He is still speaking?  Still whispering, shouting, wooing and leading? 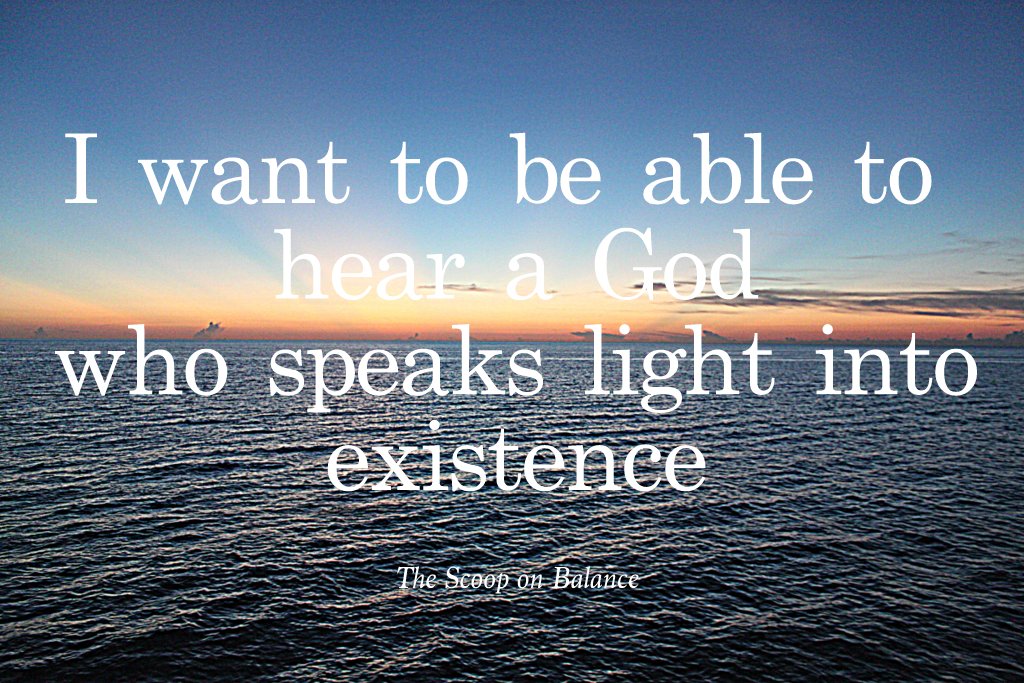 The God who spoke into the darkness and created light wants to speak into your darkness, too.