Answer: Sort of and no.

This is Part twelve of a series on Adoption called Everything I Want You to Know About Adoption.  To see the links to each individual post in this series, as well as all the Adoption FAQ’s, click the “adoption” tab on the nav bar at the top of the blog, or click here.

Elijah’s adoption was an “open adoption.” There are degrees of open adoption; ranging from only knowing first names to establishing lifelong personal relationships.

Elijah’s adoption was somewhere in the middle of that spectrum.

~We met Elijah’s birth mother and birth father (separately) prior to the birth.

~We knew the birth father’s name, but not his address.

~I went to the birthmother’s apartment to pick her up for a doctor’s appointment.

~We were in the hospital with the birthmother for Elijah’s birth.

~We were with the birth father a few days later when he signed his consent papers.

~We had no further contact with his birthparents until Elijah was 2 years old. At that point, we met his birthmother at the park and spent the afternoon with her (this was my idea).

Shortly after that last meeting, we moved from Florida (where both birthparents lived)to Kentucky. I let the birthmother know we were moving and made certain she had our e-mail address for future contact. For a few years, she kept in touch with me by sending “forward” e-mails. Normally, these e-mails drive me insane, but when I received them from Elijah’s birthmother, I felt like it was her way of saying, “Hi. I’m here and I’m okay.”

Two Christmases ago, she asked me to send her my mailing address, and I did. Since that time, I stopped receiving e-mails and instead receive an annual Christmas card through the mail. She has never requested pictures of Elijah or further contact.

I have not had any contact with Elijah’s birthfather since he signed Elijah’s consent papers.

With Elliana, I have only a few items identifying her birthmother: a photo, an original birth certificate and a document with some identifying information (age and occupation). No birthfather was listed on any of the paperwork. Because of the nature of Guatemala adoptions and the lack of information I have in my possession, I have never had any contact with Elliana’s birthparents.

Elliana spent the first year of her life in foster care. I met Elliana’s foster mother in the hotel when we took custody of Elliana. I have not had any contact with her since that time. Some adoptive parents of Guatemalan children choose to maintain a relationship with the foster family. Honestly, I intended to, but life got crazy after she came home (as in, I fell into a pit of major depression) and I never followed through with that intention. I wish I would have. 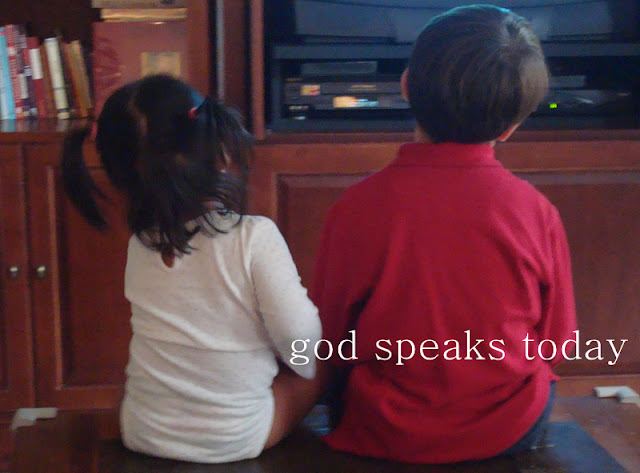 Question:  “Do you recommend keeping in touch with birthparents?”

As with everything adoption-related, laws vary from state to state and from country to country with regard to contact between birth parents and adoptive parents. In most cases, the parties involved will draw up some sort of agreement before they finalize the adoption. Even though these agreements are helpful, they are not binding and can be changed at any time. The adoptive parents retain all parental rights and therefore, have the final say on the level of contact of their minor children and their biological parents.

Even if you have a “closed adoption” (no knowledge of the identity of the biological family) some agencies and states have a “mutual consent registry.” By filing your information with the registry, you are agreeing to let the registry release your information in the event the birth parents seek contact with you in the future, and vise versa.

I can definitely see the benefits of keeping some sort of contact. For the birthparents, it helps deal with the loss of placing their child for adoption and gives them hope that the adopted child is loved and well cared-for. For the adoptive family, it provides a biological/genetic bond to the child’s family. For both, it celebrates connection, heritage and family history. At the very least, it is helpful to have identifying information, should the adopted child wish to meet the birthparents later in life (some do, some don’t.)

That said, I think every situation is unique and should be considered on its own merits. Sometimes it’s impossible to know the identity of the birthparents (if a child was abandoned at birth, for example) or the birthparents are deceased. Obviously, you cannot establish a relationship with the birthparents under these circumstances, but you could possibly establish one with the extended biological family.

But, again, each case is unique. I don’t think this is a decision you can make one time and be done with it. People change. Circumstances evolve. Sometimes even an agreement you felt very sure about needs to be tweaked or reversed. Like all things in parenting, you will probably need to revisit this issue over and over again as your adopted children grow.

Coming Wednesday:  I will be concluding my series on adoption (for now) with these two FAQ’s

“Will you let your children meet their birthparents?”