I guess you could say, I struck a chord. In a span of about 5 days, over 300,000 of you viewed my post on Mean Kids. One hundred and thirteen thousand (113,000) of those views came in one day, repeatedly crashing the poor server that hosts my little blog.

I considered just moving on as if nothing odd happened. You know, post something about balance or show you my newly renovated kitchen or something. Everyone can return to your homes now…nothing to see here.

But last night, I read through (for a second time) the 250+ stories in the comment section. And the dozens of emails in my inbox. And the numerous comments on the Facebook pages. Story after story of children tormented by Mean Kids. Story after story of Mothers, Fathers, Grandparents, Teachers, saying “Thank You!” and “Me too!” and “This is exactly what I needed.” and “I’m reading this to my child/class/church.”

How can I not say SOMETHING? I need to say Something.

So, here goes my Something.

Hate is a strong word. It’s a little shocking when a Christian Mom Blogger begins a post by saying, “I hate mean kids.” Believe it or not, I chose that word on purpose. It wasn’t reckless or irresponsible.

As a writer, I observe the world and try to articulate what I see. As a Christian writer, I then position these observations in light a Biblical worldview.

There is a visceral response that emerges in a parent when she sees someone else hurt her child. If she sees it happen repeatedly or if the hurt begins to shape her child’s self image, the response is even bigger, more intense. For me, that visceral response looks and feels a lot like hate.

I don’t think “hate” is right or okay or justified. It just is. If you read through any other posts on this blog, you will see that I am happy to throw myself under the bus to illustrate how NOT to do something. Most of my posts are born from me doing something terribly wrong and then trying to make it right.

To clarify: I have never told my children I hate Mean Kids (though someday they will read this post and I can talk to them about my choice of words at that time.)

I have never told them that it’s okay for them to hate mean kids.

Though, I’m curious about this scripture 2 Kings, chapter 2:

“23 From there Elisha went up to Bethel. As he was walking along the road, some boys came out of the town and jeered at him. “Get out of here, baldy!” they said. “Get out of here, baldy!” 24 He turned around, looked at them and called down a curse on them in the name of the Lord. Then two bears came out of the woods and mauled forty-two of the boys. 25 And he went on to Mount Carmel and from there returned to Samaria.”

(Suddenly, my desire to want to flick mean kids in the head doesn’t sound quite so harsh. Comparatively speaking.)

(That really IS in the Bible, BTW. Look it up.)

(I’m not sure what to do with that…just putting it out there for your consideration.)

Anyway, I hope most of the people who read this post understand that I was describing a feeling rather than declaring a position against certain children.

But just in case you didn’t, I want to say emphatically, IT IS WRONG AND BAD AND SINFUL AND COMPLETELY DESTRUCTIVE TO HATE MEAN KIDS.

2.Sandy, what is up with calling this poor child a “Mean Kid,” anyway? Don’t you know that labels are harmful? How can you define him by his sin? What is wrong with you?

Yes, I understand that labeling children is harmful, but I chose to name the kid in the story “Mean Kid” because I wanted him to represent all Mean Kids.

When you read this post, I want you to see the child in YOUR son’s school who mocked YOUR daughter on the playground. Titles like “Mean Kid,” “Mean Girl,” “Bully,” and the like, are commonly used by psychologists, the media and schools to describe a certain type of aggressive and manipulative behavior. I was using it in the same way.

When I say to my son, “Don’t ever be the Mean Kid,” he knows exactly what I’m saying.

And so did you.

(And for the record, I honestly do not know what is wrong with me. I just don’t know. Pray for me.)

3.Sandy, where’s the love and grace for this Mean Kid? How dare you “attack” him! Shouldn’t your son have extended forgiveness? Isn’t that the true Christian response?

I do not find this approach to be “unloving” at all. Confrontation and love are not opposites. Sometimes the most loving and grace-filled thing we can say to someone is, “No. That hurts” or “Stop it.” In fact, that is exactly what Jesus told us to do.

If your brother or sister sins, go and point out their fault, just between the two of you. If they listen to you, you have won them over. But if they will not listen, take one or two others along, so that ‘every matter may be established by the testimony of two or three witnesses.’ If they still refuse to listen, tell it to the church; and if they refuse to listen even to the church, treat them as you would a pagan or a tax collector.” Matt 18:15-18

The actual confrontation can be the very thing that wins them over to Christ! Go figure.

Incidentally, at the practice following the incident described in this post, my son ran off the court with a smile on his face. He told me Mean Kid’s real name and said, “We’re friends now.”

It doesn’t always work out this way, but in our case, it did.

4.Sandy, it is wrong for you to step in and teach your son that you will fight all his battles for him. You should have let him handle it himself.

My job as Mom is to equip my children, so that by the time they fly from my nest, they are fully reliant on God and fully able to thrive in the real world without my intervention.

In this particular case, my son (who is still a CHILD) needed an advocate.

I like the way Kim from 3 Peanuts responded to this:

I see your point a little, … And I AM a parenting expert, PhD and all. It is what I do for a living… Yes, we do need to let/teach our kids to problem solve for themselves. But our kids also need to feel like we are there to help when things get too big for them. And things do get too big for them to handle sometimes…It is a balance of not rescuing them constantly. One author says we rescue our kids as though they are drowning in ankle deep water. That is a mistake for sure. But we need to throw them a lifeline when they are in over their heads.”

Given the chance to rewind, I would have handled it in a similar way. Though, I probably would have approached the parents along with my son, introduced myself, and had more of a discussion. Next time, I will do that.

5.Sandy, someday your kids will be mean to someone else and then you’ll be sorry you were so harsh with Mean Kid.

I agree we all have the capacity to be mean, my children included. The more my son is picked on, the more I see the capacity grow in him to repeat the cycle. That is precisely why I stressed to him the importance of NEVER being the Mean Kid.

More than once, I’ve handed the phone to my child to make the apology call,

More than once, I proofread the apology note,

More than once, I stood with a firm hand on my child’s shoulder during a verbal apology,

And countless times, I marched a kid straight over to a neighbor’s house to say, “I’m sorry.”

I’m a giant advocate for nipping my children’s Meanness in the bud at the earliest possible age and as often as necessary.

I tell my kids over and over, “Jesus cares very much how you treat people.”

I believe how we treat others is paramount. More important than just about anything.

That’s why, when our children come to us crying that someone else was mean to them, we should be asking the questions, “What happened before this? What did you say? What did you do? How did you respond?”

We need to help our children recognize what role, if any, they play in how other people treat them. If my son is doing something to provoke another child and that child lashes out, I expect my son to take full responsibility for his actions.

(When my son came off the court that night, I asked him to tell me everything that happened. I wanted to understand what, if anything, my son did to contribute to the taunting. Before I approached Mean Kid, I wanted to be sure my son had not provoked it.)

Part of maturity is owning our contribution (good and bad) to all relationships, and striving to minimize our negative contribution.

This issue is huge and we’ve barely touched the surface. I have not even begun to share the extensive issues with Mean Girls we have navigated with my teen-aged daughter—and, as I have permission from her to do so, I will.

I cringe when I consider that my youngest daughter—whose world consists primarily of princesses and rainbows—will someday be called a name or excluded from a group because of the color of her skin.

So, for now, I want to extend my heart-felt compassion to every child who has endured the wrath of the Mean Kid, and to every parent who, with racing heart, has marched into a school or onto a playground or out the back door to confront it.

I applaud you.  You are doing an amazing job.

And also, to every parent of the Mean Kid…As so many of you pointed out, sometimes he is dealing with a spectrum disorder or mental illness, and in the background is a loving parent diligently training that child appropriate peer interaction. As a Mom of an ADHD child, I link arms with you, too. I get it.

I sincerely pray that something I wrote sparks a change, and that maybe a hurting child will emerge stronger and bolder and more Christ-like than before we met.

We are in this together. 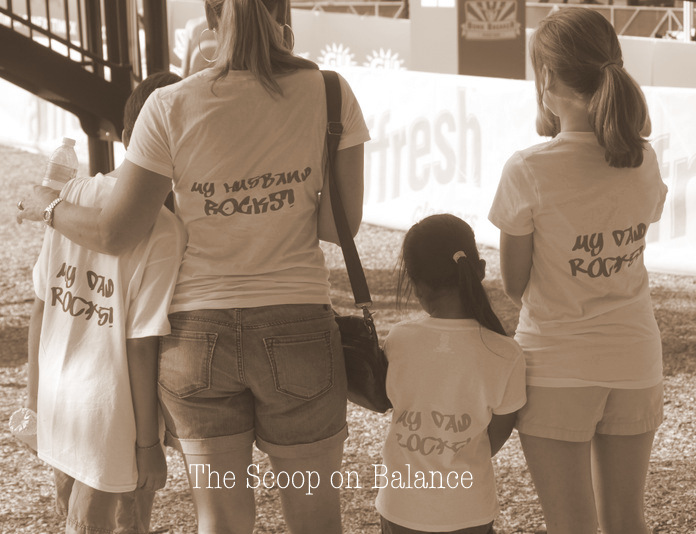 Click here to read  What to do When Someone is Mean to Your Child.