On June 30, 1998, my nine-month-old son, Noah, died. The disease that killed him is called LCHAD, and it is one of about 80 known metabolic disorders. Though this disease has no symptoms, it is completely detectable with a simple heel-stick blood test at birth, now known as Comprehensive Newborn Screening. Had we known about Noah’s metabolic disorder, we would have been able to treat it…and today I would have four living children instead of three. 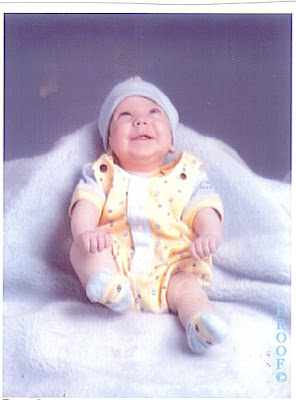 Newborn screening is a vital public health activity that is essential for preventing the devastating consequences of certain metabolic, hormonal, genetic and or functional disorders not clinically recognizable at birth. If all infants are diagnosed and treated early, serious problems including disability and even death can be averted. Disparities among states screening tests persist, which could have dire consequences for an infant diagnosed with one of these rare and extremely serious birth defects. Early diagnosis and proper treatment are essential and can make the difference between lifelong impairment and healthy development.

“With all the statistics, politics, and government budgets, it is sometimes easy to overlook what newborn screening is all about – saving lives,” says Jill Levy-Fisch, President of Save Babies Through Screening Foundation. “This show is a great education and awareness opportunity for the more than 1 million viewers that typically watch the show. We are so thankful to Scott and Renee for all of their efforts to spread awareness of newborn screening. This also means that the SBTS Newborn Screening Public Service announcement will be seen by more than 1 million viewers on Monday – wonderful!”