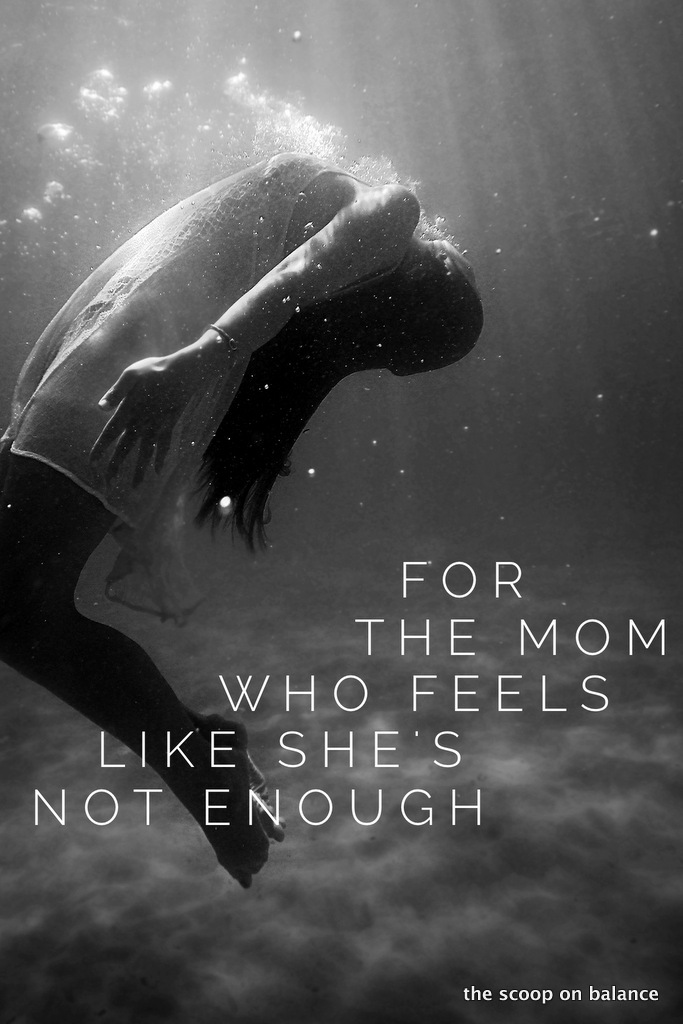 From my very first day of motherhood, I felt ill-equipped. During what appeared to be a healthy pregnancy, my baby stopped moving at 33 weeks gestation and was delivered by emergency c-section. We named him Noah Jon. At birth, he was placed on full life support and the doctors gave him little hope for survival. 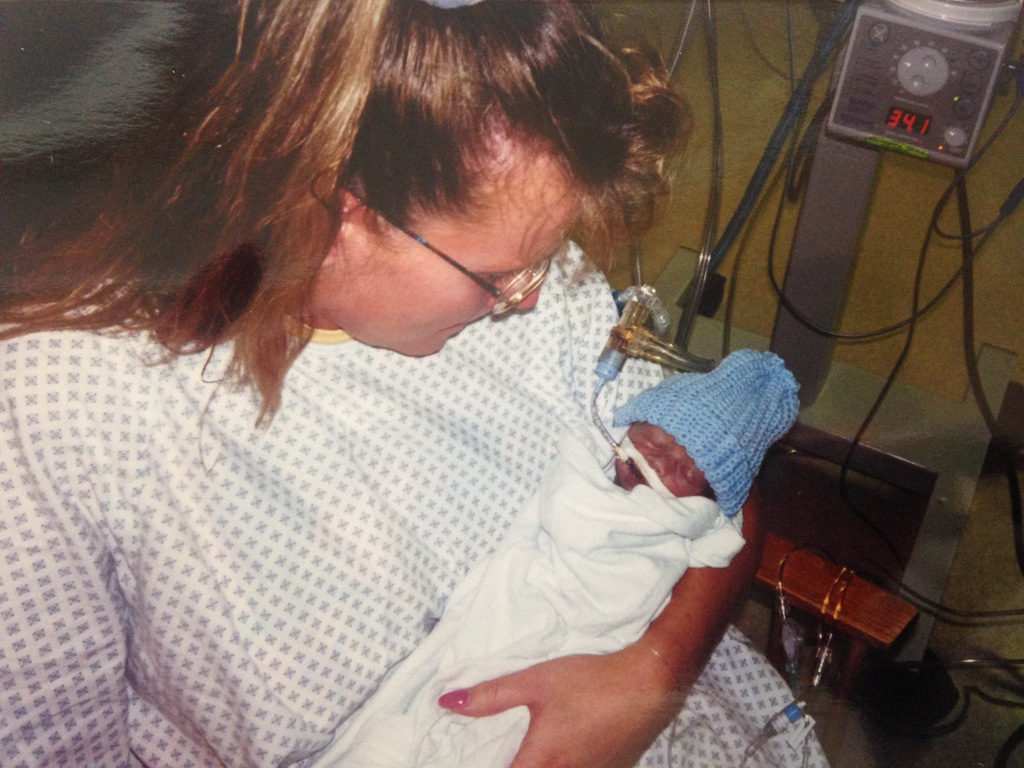 When Noah was 3 weeks old, Jon and I sat in a meeting with the Neonatal Intensive Care Team and learned that Noah was essentially brain dead. They told us he would never see, hear, talk, suck, swallow, or recognize us as mom and dad. We were told if he did ever come home from the hospital, he’d require feeding tubes, oxygen, and 24-hour-a-day nursing care. They advised we take him off life support and let him go.

Right out of the gate motherhood delivered the devastating news that my son was dying. But, also, the unfortunate news that I was not enough:

I didn’t take good enough care of myself during pregnancy.
I didn’t go to the hospital quickly enough when I felt his movement change.
I didn’t understand all the medical jargon they were throwing at me.

We didn’t take him off life support—instead, we prayed and waited.

Over the next 3 weeks, Noah made a dramatic turnaround. He began taking his feeds by bottle, he was weaned from oxygen, he passed his hearing test and his sight test. And at the age of 6 weeks—just 3 weeks after they said he was brain dead—the hospital discharged him to home. The doctors were shocked. And the hospital chaplain attributed his recovery to our “great faith.”

When Noah was about 9 months old, while we were on vacation celebrating my parents’ 50th wedding anniversary, we took him to the hospital because he was refusing to eat and had become lethargic. Again, we prayed, asking God to heal him.

Except this time, Noah died, from what turned out to be a genetic metabolic disorder, completely unrelated to his issues at birth.

And the voice in my head whispered:

This time, not even my faith was enough.

And even though we moved successfully through our grief and life became somewhat normal—whatever that means—the constant undercurrent of “not enough” carried through.

And now as the older ones are teens and the window of time I have them in my home is rapidly coming to a close, I think
I’m not joyful enough.
I haven’t invested enough.
I don’t pray enough.
And I am definitely not cool enough. (That last one is actually true.)

What in the world is this? After showing up every day for the last 19 years to love and serve my family, why do I carry this weight of “not enough?”

It’s not that I think that I’m a bad mom…I KNOW I’m a good mom. But maybe just not good enough.

If you are a mom who feels like no matter what you do, it’s never enough,

or if you look around and feel like everyone is doing this “mom thing” better than you and you can never measure up,

or if you feel like you must do everything and do it well and look awesome while you do it,

I have 3 things I want you to know:

1. You Are Not Alone

Last year, I surveyed my blog readers, (most of you are women and many of you women are moms) and asked a single question. “What is your biggest struggle?’

Here’s a sample of the responses I received:

“My biggest struggle is feeling like I am not enough….I always feel like I SHOULD be doing more, doing better, be more on top of things, be more engaged, be a better mom and better friend a better wife. Cook better meals, be more organized, get more chores done, be more playful with the kids, be more present with my husband, plan more date nights, plan more girls nights, call her more often, volunteer more, give blood more, work out more, read more, pray more, clean more, JUST DO MORE!”

“More than anything, I struggle with not feeling like a failure. Failure as a woman or a mother…”

And still another said,

“[My biggest struggle is] Trying to do it all and continually feeling as though I’m falling short.”

I received many responses about various struggles, but the great majority of them were some form of “Feeling like I’m not enough.” If you feel this way today or ever, please know most of us feel the same way at least some times. Please know you are not alone.

But also, know this:

2. This is not your fault

Did you know this societal pressure on moms to feel like we have to be all things to all people at all times is mostly unique to this current generation of moms?

In the U.S., it began in the 1940s. The men were off fighting in the war, so women had to leave home and family and enter the work force to keep the country running. During World War II, government propaganda was everywhere: posters, radio programs, magazine articles, and advertisements showing women in overalls with greasy hands for the first time. Women entered factories by the millions, and proved that we were capable of much more than having babies and washing dishes, thankyouverymuch. And that was awesome. 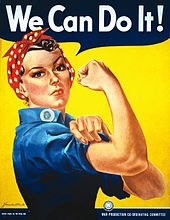 What was NOT awesome is the fact that childcare, housework, and transportation were all left up to the working woman. See, there were no profit-making childcare centers as there are today. Housework was an all-day task (there were no washers, dryers or automatic dish washers, and everyone cooked meals from scratch). Still, women were expected to handle all these tasks, plus work outside the home, by themselves.

Women quite literally had to do it all.

The pressure to do it all is stronger than ever before. We don’t see posters of women in overalls and greasy hands—instead, we see glossy ads of a sexy business executive in a pencil skirt and stilettos with a baby propped on her hip–a not-so-subtle message that we should be doing it all at the exact same time. 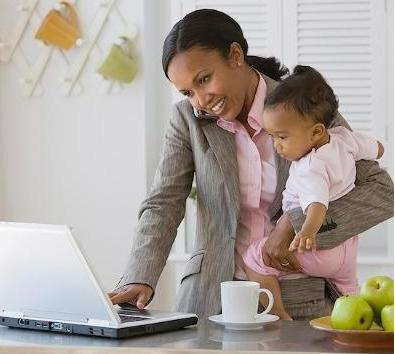 On top of all that pressure, we now have Facebook and Pinterest and Instagram. And we see all these things all the other moms are doing.

The mom taking her kids to Disney,
the mom making spring crafts out of egg cartons,
the mom growing her own vegetables,
the mom who just lost all her baby weight,
the mom on girls’ night out with her friends,
the mom on the romantic get-away with her husband,
the mom killing it in home-based business,
and the mom who has posted a beautifully filtered picture of her coffee and her Bible.

Then we compare ourselves to her–to this fictitious woman. And, obviously, we’re not enough.

Did you know there is an enemy of your soul behind the scenes orchestrating all of this?

2 Corinthians 10:5 tells us he’s putting into motion thought patterns and mental strongholds that are contrary to God’s truth.

I Peter 5:8 tells us he’s walking around waiting for a vulnerable moment so he can pounce on you.

This not your fault. You are fighting against a combination of societal pressure and wickedness in the spirit realm. And it’s coming at you incessantly, every single day.

But here’s the good news,

3. You Are Not Powerless

I’m going to give you 2 things you can do today—and everyday—straight out of God’s word that will give you the power to fight and overcome these two colossal forces coming at you.

First: Guard your heart. Proverbs 4:23 says, “Guard your heart, for everything you do flows from it.” That means be very intentional what and who you allow to influence you. Be careful what you put before your eyes. If that means you stop scrolling through social media, then so be it. Look straight ahead. Don’t look around at how everyone else is running their race. Run your own race. When things come at you telling you what you should be and what you should do, hold them up to the light of God’s word. If it’s not consistent with who God says you are or what God says you should be doing, don’t let it in.

Second: Boast in your weakness. When I’m struggling with feelings of “not enough,”  this passage is my lifeline:

“Therefore, in order to keep me from becoming conceited, I was given a thorn in my flesh, a messenger of Satan, to torment me. 8 Three times I pleaded with the Lord to take it away from me. 9 But he said to me, “My grace is sufficient for you, for my power is made perfect in weakness.” Therefore I will boast all the more gladly about my weaknesses, so that Christ’s power may rest on me. 10 That is why, for Christ’s sake, I delight in weaknesses, in insults, in hardships, in persecutions, in difficulties. For when I am weak, then I am strong.”

I didn’t say you weren’t valuable. Because Mom, you are wholly and dearly loved by God exactly as you are, without even trying.

And I didn’t say you weren’t cute…because, girl, you are freaking adorable.

I used to hate that about myself. I hated my weaknesses and I thought it was God’s will for me to work on my weaknesses until I didn’t have them any longer.

Nope–not God’s will. Just the opposite, in fact. God’s will for me is to boast in my weaknesses. Not just accept them, delight in them! Why? Because this is how Christ’s power descends upon me.

I rest in Christ and His power rests on me.

It’s okay to feel like you’re not enough–liberating, even. God has given you everything you need to fill in all the places where you lack. Because when you are weak in your own abilities, you are strong in Christ.

Happy Mother’s Day, to all the hard-working, self-sacrificing moms who show up every single day to love your people. You are doing an incredible job.