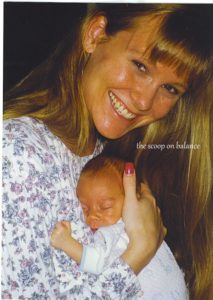 On June 30th, 1998, I lost my first-born son, suddenly, to a genetic disease called LCHAD.  His name was Noah Jon, and he was almost nine months old when he died.  I tell the story of his birth and death here.

I wrote a series entitled, God Speaks Through the Storm, where I talk about several life storms, including the details of Noah’s death and my subsequent battle with depression.  You can read the entire series by starting with Part One, here.

Other posts on the loss of a child…

Be a Life-Giver to a Tired Mom

Reflections on a Missed Birthday

This Mother’s Dilemma and the Truth that Makes it Okay

Can God Trust You With the Silence?