Last week, I embarked on a 5-day cleanse/detox/fast, which I described in detail here. This is what I wish I knew before I started.

1. If anyone in your household agrees to do the cleanse with you, make them sign a contract. In blood. And hold them to it, tying them up and force-feeding them, if necessary. This will save you time and money buying and preparing fresh fruit and vegetables for the person who ultimately opted for pizza and chips. It will also prevent you from trying to figure out what to do with 2 extra cabbages, a fennel bulb, a bunch of parsley and oregano, pomegranate juice and a container of prunes. 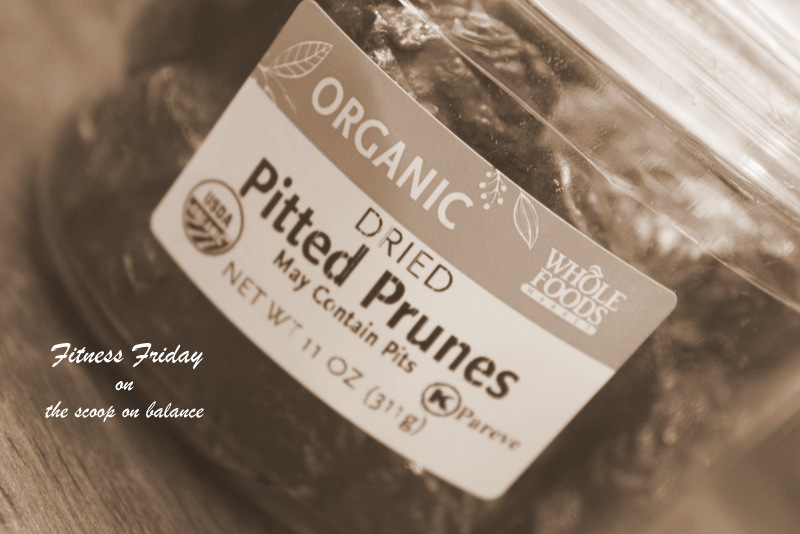 2. If you are a coffee addict, just resolve ahead of time coffee will be part of your cleanse. Unless, of course, you plan to permanently wean yourself off coffee and are prepared to deal with fatigue, mental fog and headaches. After 48 hours without coffee, I found myself at 10 am (usually my most productive time of the day), sitting at my computer, catatonic. I was trying to write a blog post and all I wanted to do was crawl onto the couch and sleep. I could not string two freaking sentences together. One giant cup of coffee later, and I was back to my old self again. Yes, I even added my cream and honey. Not even a little bit sorry.

3. Do your research. There are many cleanses out there from which to choose. Make sure the food in your cleanse is something you will truly eat and enjoy (as much as is possible in a cleanse). The first night eating Odd Vegetable and Caraway Seed Soup with a side of sauerkraut and apples was tolerable. The second night was pure torture.

4. If you are responsible for feeding little people during your cleanse, it doesn’t matter what you feed them…you will crave it. I purposely planned to make for my kids things I don’t normally eat: boxed mac and cheese, frozen chicken nuggets, frozen pizza, Subway. It didn’t matter. In comparison to quinoa and prunes or kale and lime juice, it all smelled wonderful. And woe to the parent who volunteers in the school cafeteria during the cleanse on pizza day! You will weep at the injustice of hundreds of students throwing half-eaten pizza slices into the trash. You will be tempted to intercept the pizza from the trash. And then you will walk out to your car and sip a green smoothie you prepared in advance. And you will weep again.

5. Do not try to make the cleanse part of a spiritual fast. I’m no stranger to fasting for spiritual reasons—I have done all different kinds of fasts ranging from one meal to 40 days. I hesitate to tell you that because it sounds all Braggy McBragginton. I only tell you because I’ve fasted enough to know that, as much as I hate (HATE!) fasting, I truly enjoy the spiritual clarity and strength that comes through a spiritual fast. I like not having to think about food—I mean, other than the fact that I’m obviously hungry. When I’m fasting for spiritual reasons, it frees up the time I would have spent cooking and eating, so I can spend that time praying or reading my Bible. It’s difficult and liberating all at the same time.

So, when our pastor announced a week-long church-wide fast, I decided to try a combo cleanse/fast. Why not? After all, I wanted to try a cleanse. And I am a firm believer in the fact that we are spirit/soul/body, all working together. We really can’t tend to one area of our being without it directly affecting the other areas. This should be no different than other fasts I’ve done, right?

Wrong. This cleanse required a ton of prep. I spent HOURS shopping, cutting, peeling, grinding, juicing, measuring, and blending. Some of the food was unfamiliar to me (which meant more prep time) and all of the recipes were brand spanking new (also more prep time). Plus, because Jon was doing it with me, I had to prepare his food, too (or at least pull out the recipe and all the ingredients so he could do it.) I spent way more time preoccupied with food than I do on an average week—the exact opposite of what I was trying to accomplish spiritually. I realize God looks at my heart (which was in the right place), but I didn’t benefit from the fast the way I usually do.

6. You will be crabby through most of the cleanse, but you will be especially crabby the final night. You will want to eat normal food and you will wonder why the heck you can’t just mash up the stupid avocado and dip some tortilla chips in it. You will want to fight with your husband. You will mentally blame him for your mood. You will mentally blame him for things he has nothing to do with—-like the plight of the orphan and the national deficit and the fact that you can’t decide where you stand on gun control. You should sit on opposite ends of the couch and keep your mouths shut on the last night of the cleanse. You have been warned.

7. No matter how many times you tell yourself you will gain weight back as soon as you eat something normal, you will be surprised and sad when it actually happens. I lost 7 pounds in 5 days. My husband lost 8 pounds. His co-worker lost 10 pounds!! It was crazy, because we really were consuming a lot of food and we were all in excellent shape when we started the cleanse. Coming off the cleanse, we ate no junk. We ate small portions. We resisted the temptation to stick our faces in a bowl of chips and guacamole. We had oatmeal and fresh fruit for breakfast. We had salmon for dinner. Yet we gained back 4 pounds in 2 days! And, yes, we were surprised and sad. (I have since re-lost (re-lost?) two of those pounds, for a REAL weight loss of 5 pounds! I’m not sad any more.)

8. You will be very tired when the cleanse is over. You will want a nap. You will try to exercise and you will stink at it. You will wonder if the toxins emitted from your body took with them brain cells, muscle mass and your ability to get out from under the covers. Maybe they did.

Q4U: Have you ever done a fast or a cleanse? What did you do? What would you tell someone who has never done one? Have I completely talked you out of trying one?

Do you know about the Better Balance in 2013 series?  Every week for the entire year, I am discussing one small aspect of balance.  At the end of 2013, I want to be able to say my life is more well-balanced than it is today.  If you like the idea of Better Balance, subscribe today.  New posts will be automatically delivered directly to your inbox.

Look for the icons at the top of the blog for all your subscribing and following pleasure.