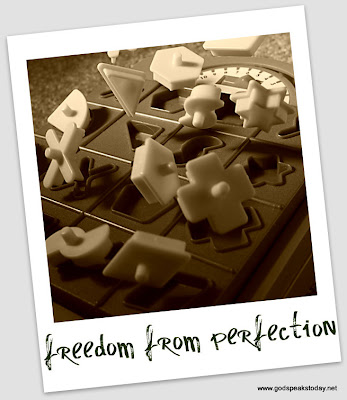 Can you stand one more story of my insane Perfectionism?

Before I became a Professional Carpool Driver Specializing in Efficient Laundry Management and Healthy Food Preparation for a Family of Five, I had a job where I got paid real money. In the seven years between college graduation and the birth of my first child, I was a Bodily Injury Claim Representative for State Farm Insurance. If you would have gotten hurt in a car accident that was not your fault, and the at-fault person was insured with State Farm, I would have been the person you cursed at who handled your claim. Unless you believed the commercials that said the insurance company would rip you off. Then I would have been the one who dealt with your sleazy attorney—who was actually the one who ripped you off. 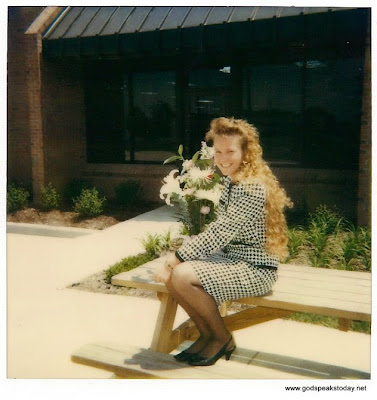 I tell you this because, during my entire seven-year gig, I was at the height of my Perfectionism. And for about two of those seven years, I worked for a Fellow Perfectionist.

I would receive a new claim and add it to my inventory of hundreds of active claims. I would work 12-hour days to ensure I did everything I could possibly do to offer the best customer service I knew to offer. I would often leave the office at 7 pm, take files home and work on the evenings and weekends.

I was never quite satisfied with the quality of my written reports or communication logs, being a Certified Perfectionist, and all. Since this was my first real job, I set a ridiculously high standard for myself. Anything less than Perfect work was completely unacceptable to me. So, I would work longer and harder to make my reports and logs even better.

I would then turn my files in to my Perfectionist Boss for weekly review. He was a nice guy and everything, but anything less than Perfect was unacceptable to him, too. He would meticulously examine each file. Line by line, he would inspect my work. And because he was also a Perfectionist, he would find mistakes. Bills I should have scrutinized more thoroughly before I paid. Liability I assessed before I did a more thorough investigation. Vehicle repairs I authorized before I determined they were part of the accident.

I would receive the files back—files I had worked on incessantly, perfectly—and they would be filled with comments, critiques and instructions to do more. (Cue the pressure in my chest and the pain across my back.)

I would review my files and set out to do all the things my Perfectionist Boss said I needed to do to be Perfect. More investigation. More assessment. More documentation.

Then I would submit my files for weekly review again, and he would meticulously examine each file. Line by line, he would inspect my work. He would find more mistakes. He would fill the files with more comments, critiques and instructions to do more. (More chest pressure and back pain)

I would review the files and set out to do all the things he instructed. More. More. More.

One day, while standing at my desk, surrounded by hundreds of files that needed more attention and a stack of un-returned phone messages from disgruntled, hurt people and sleazy attorneys, I felt my heart begin to race. A sudden pressure crushed my chest and I had numbness and tingling down my arms into my hands. I nearly passed out.

There I was, a healthy, fit 26-year-old woman, yet the combined pressure of my own impossible standards and the impossible standards of my boss caused my body to rebel. I picked up my purse, walked over to my secretary’s desk and announced I was leaving for the day. Then I drove over to my husband’s office and collapsed into his arms, weeping from the pressure to be Perfect.

Well, maybe they don’t always say that. Maybe that’s just my own little fantasy. But that’s how I envision the freedom of the Non-Perfectionist.

For Perfectionists though, that same pressure from a Fellow Perfectionist becomes more than frustrating. It’s frightening. Anxiety is a real problem for Perfectionists, and it is multiplied exponentially when our self-imposed standards collide with the absurd standards of others.

Maybe it’s not your boss. Maybe it’s a spouse, a parent, a child or a friend. Maybe it’s a committee leader, a college professor or a pastor. There are many Perfectionists out there, some of them at a pathological level. We’re bound to collide with them sooner or later.

So, what’s a Perfectionist to do when faced with the demands of a fellow Perfectionists? The following list almost makes me look like I know what I’m talking about. Except that I don’t.

How to Deal with a Perfectionist

1. Stay filled with God’s word. I can’t stress this enough. The Bible not only provides proper perspective, but also the strength we need to endure any trial.

2. Call it what it is. If ever the old adage “It takes one to know one” rings true, it’s with Perfectionists. Because of my own struggles, I can now spot a Fellow Perfectionist a mile away. I’m learning just how outlandish my own standards are. Now I need to dig deep and find the courage to name it when I see it in others: This is Perfectionism:  an unrealistic, ungodly standard to which I do not need to measure myself, thankyouverymuch.

3. Don’t argue with the Perfectionist. Especially if it’s your boss. Most Perfectionists can’t be reasoned out of their dysfunction anyway. This will only lead to more frustration.

4. Don’t be afraid to set a healthy boundary. State your limits clearly and then stick to your guns. “This is what I am able to do.” Period. If the Perfectionist does not accept your boundary, distance yourself from the relationship, if you can.

5. Surround yourself with other people who are not Perfectionists. It is important to interact with emotionally healthy people and glean from them their coping strategies. I remember how helpful it was for me to talk to co-workers. Not everyone was working like a dog at State Farm. It was enlightening to understand how they were able to pull that off. Don’t be afraid to ask the question, “This person expects this of me…is this appropriate in your opinion? How would you respond?”

6. Maintain a variety of healthy interests and relationships. It’s important to spend time away from the criticisms and observations of a Fellow Perfectionist. Exercise. Enjoy hobbies and recreation.

7. Be yourself, no matter how much a Perfectionist approves or disapproves of your behavior or performance. I know this is tough. Especially since People Pleasing and Perfectionism is so closely related. Oops.  Did I just open up a can of worms?

8. Seek professional help, if you need to. Someone who understands personality disorders and their detrimental effect on relationships. This is one of the best decisions I’ve ever made.

After that episode in my office, I sought counsel with my father-in-law, who also happens to be a psychologist. He informed me I had a panic attack due to work stress (yes, I needed someone to tell me that!). He offered to write me a prescription for a leave of absence from my job. I didn’t take him up on his offer, but this was a wake-up call that something was terribly wrong with the relationship dynamic between me and my Perfectionist boss. I had to make a change.

Fortunately, shortly after the panic attack, Jon and I decided to relocate to Florida. State Farm transferred me to an office where my new boss was far from Perfectionist. In fact, she was a former kindergarten teacher—the polar opposite of my former boss.

I love happy endings, don’t you?