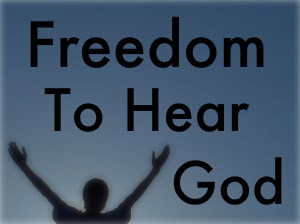 Hello. My name is Sandy, and I’m a recovering People Pleaser. Some people call it Approval Addiction. Others dub it The Disease to Please. Now that I’m free, I just call it “bondage.”

My whole life, I’ve been surrounded by people who love me very much—people who care deeply about my decisions and their outcomes. People whom I admire and respect greatly: family, friends and church leaders. Sounds great, right? Well, it was, for a while.

As a new Christian, I could go to these people about anything and everything. With wisdom and grace they would patiently listen and then tell me what I should do. What a blessing for a teen-aged girl who often had no clue about much of anything. They didn’t seem to mind having me constantly come to them for advice, and I liked having access to their collective wisdom. I thanked God that He surrounded me with so many godly people who were interested in me and my new walk with the Lord.

I thought I was obeying God’s word by seeking the counsel of many advisors.

But over time, I started doubting my own ability to make sound decisions without first weighing them against the opinions of “the committee,” as I like to call them. And “the committee” started sharing their opinions more often and more adamantly than I requested. If I agreed with the committee and took their advice, they were happy with me. I liked when they were happy with me. It felt good. If I expressed disagreement with the committee, I would sense their disapproval , and I didn’t like that at all. It felt terrible. Because all of them were older, wiser and godlier than me, I often deferred to them and their opinions for fear of making poor decisions, even if I didn’t really want to. I didn’t like to disappoint them. I didn’t like to be wrong. And I wanted them to admire and respect me as much as I did them. I soon found out, the way to achieve their admiration and respect was to go to them for every decision and simply do what they said. I always made sound decisions, and they were pleased with me. It was a win-win.

I thought I was following God’s word by obeying those who had authority over me.

Soon, I realized this was getting bigger than just me and the committee. I didn’t like the way it felt to disappoint anyone. Even people who didn’t know me well or didn’t care much about me or how my decisions would affect my future. I didn’t like the looks or the tones I received when I had to tell people “no,” even about small things. I didn’t like to think I let people down in any way. So I said “yes” a lot—I said “yes” to everything anyone asked me to, even when I didn’t want to.

I thought I was obeying God’s word by being a servant.

Over the years, I continued to say yes. I was scared to tell people no. And as a result, I became very tired. And very stressed. And very conflicted. And very resentful. I was a full-blown Approval Addict.

I realized having so many people weighing in on my life’s decisions posed a serious problem: they often didn’t agree with one another. Inevitably, I was disappointing someone, somewhere, and I didn’t like that at all. Worse yet, I had never really learned how to simply go to God and ask HIM what I should do. Because the committee was comprised of godly men and women, I assumed the committee’s opinion was also God’s opinion. And sometimes it was. But sometimes it wasn’t. I reached the point where I wasn’t sure which was which. And the thought of disappointing God was almost more than I could bear.

The problem was, these two men, both of I whom loved and admired, did not agree with one another. And symbolically, behind each of these wonderful, godly men, I envisioned the hundreds of people who stood behind each of them, at odds with one each other about what I should do. If I heeded the direction of my husband, I feared I would lose the respect and admiration of my pastor and the church family I had grown to love. If I heeded the direction of my pastor, I feared I could lose my marriage.

Yes, it was that serious.

And so, in one-life altering moment, as I stood between one man who had guided me through major life decisions since I was a teen and the other man to whom I had recently pledged my undying love, my respect and my future, I heard myself utter the words:

That was fifteen years ago. That night, I began my journey to learn to discern God’s voice and break this dysfunctional cycle of People Pleasing. It didn’t break completely for many years, but I was finally on my way. I had no idea at that time how those words would shape my future. I had no idea that learning to hear the voice of God would be one of the most exciting and liberating experiences of my life. I had no idea how that one desire would grow into my life’s passion, and become a bible study, a blog and the first of many book manuscripts. I had no idea how faithful God would be to

whisper directly to my heart

Or illuminate the perfect scripture

Or guide me through the words of another person

but always, always lead me to the center of His will.

In the end, I decided to risk loss of reputation and respect of my church family and cling like crazy to my marriage. God met Jon and me there, guided us through the uncertainty, fear, and rejection, and dumped a ton of grace and blessing into our lives. I knew I hurt some people in the process—a lot of them told us so!—but God reassured us repeatedly it was most important to please HIM.

We all begin down the road of People Pleasing with pure motives. No one starts out by saying, “I’m going to choose the will of other people over God’s will for me!” It grows little by little, decision by decision. And often by the time we realize what we are dealing with, we don’t know how to break free. If you feel tired, stressed, conflicted or resentful, people pleasing may be the culprit. Tomorrow, we will look at some questions you can ask yourself to help you determine if this is a problem you need to address in your life. Then we will talk about breaking free from it.

I promise, it is possible to break free. I’m living proof. And it’s totally worth it.

After all, if you can’t hear the voice of God for yourself, what hope do you have?