This post came up in my Facebook Memories a few days ago. It was perfect timing, because I had just posted a 27-minute Facebook Live disclosing my continuing weight-loss struggles, now eight years later (scroll to the end of this post for that video.)   In 2010, I wrote a weekly Fitness Friday post to chronicle my attempts at losing 15 pounds–15 pounds that came on very rapidly over a 12-week period (and ended up being more like 23 pounds, as I continued to gain EVEN AS I WAS TRYING SO HARD TO LOSE! I wanna go back and hug 2010-Sandy. She was trying sooooo hard. She was also keeping a great sense of humor about it all. 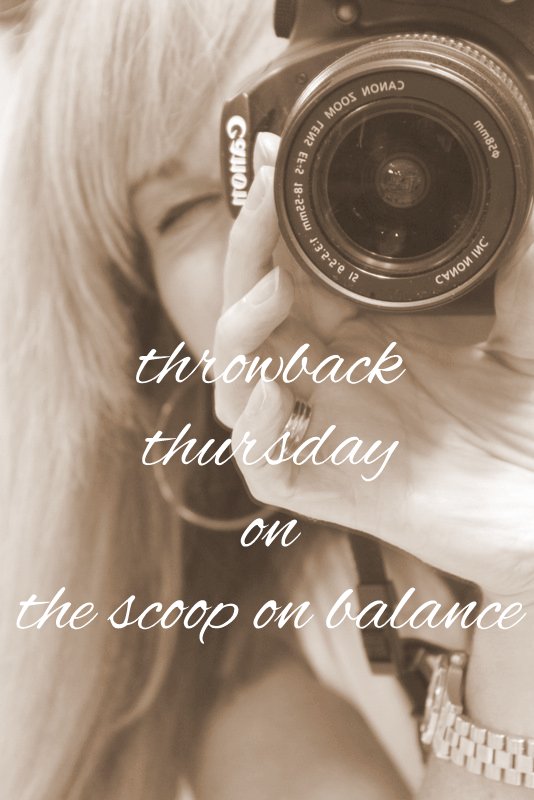 Mixed emotions again. I did lose 1 pound this week. I remember when I could pee and blow my nose and be down a pound. Cleary, those days are long gone. Now I’m working out 6 days a week and eating under 1800 calories a day and barely losing anything. Crazy.

I set what I thought was a realistic mini-goal for this date, and missed it by 1.6 pounds. I wanted to start this post with “We are the Champions” playing in the background—lighters lifted high, flickering in the early morning light, hands swaying.

Instead, we’re still dancing to, “I like big butts and I cannot lie.”

I’ve never wanted that to be my theme song. But in this game called “life,” we don’t always get to pick our theme songs, do we. You can quote me on that.

The good news is when I look at my progress over the last 6 weeks, it’s moving in the right direction. V-e-r-y s-l-o-w-l-y. But at least it’s moving.

Here are the stats thus far since my highest weight (aka, toddler in my butt weight) on 2/10/10:

Weight—lost 5.4 pounds
Bust—lost .5 inches
Waist—lost 1 inch
Hips—same
Butt—lost 1 inch
Right thigh—lost .5 inches
Left thigh—same
I still have 10.6 pounds to reach my goal—the weight I was last year at this time—the weight where all my cutest clothes fit nicely. The weight of a very large newborn. The weight where I recognize my thighs as appendages belonging to my body and not someone else’s. Mixed emotions, I tell you.

Moving on, let’s get to the meat of the post and discuss Fitness News Headlines:

Welsh singer Charlotte Church is eating less and losing weight. She does not exercise. The 23-year-old star recently recorded an interview for UK TV show Friday Night with Jonathan Ross and turned up showing off her slimmer figure in a flattering black dress. Church revealed she has lost two stone since the birth of her son Dexter a year ago.

She said: “I don’t think I’ve ever been this thin. I haven’t exercised, I just don’t eat as much.”

Fitness Friday Girl’s Commentary: I love news from the UK…”she lost two stone.” How much weight is that, exactly? Will someone please interpret for this unsocialized, undereducated American?

Charlotte, you are precious and talented, but, sweetie, this is not news. You are 23 years old. Your metabolism is humming right now, like a well-oiled machine. Enjoy it while it lasts, dear. The day will come when you will work your tushie off to P90X and Jillian Michaels six days a week, counting every single calorie that goes into your mouth…and lose 1 pound. ONE POUND!!!! Mark my words.

Speaking of working your tushie off, High School Musical star Vanessa Hudgens went through such an “intense” workout regime for her upcoming movie role that it left her in tears.

The 21-year-old actress wanted to get in shape for her role in action movie Sucker Punch, so she enlisted the help of the US Navy SEALs, a Maritime Special Operations Force, reported People magazine.

“I trained with the Navy SEALs for five months. It was the most intense thing that anyone could ever do. I was bawling my eyes out because they push you so hard. But it’s amazing what you find from it,” said Hudgens. 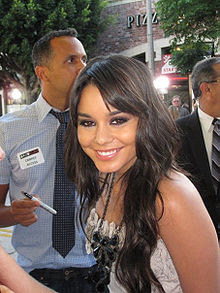 FFG Commentary: Is this unusual? Crying during a work out, I mean. Where are the cameras when I’m at the gym with Jerry my trainer and he’s forcing me to do walking lunges across the gym floor with 15-pound weights in each hand? And where are the cameras when I go to put on my shorts from last summer and they stop at my aching, burning, but not-getting-any-smaller thighs? You want tears???? I’ll give you tears, missy. YOU CAN’T HANDLE THE TEARS!!!! 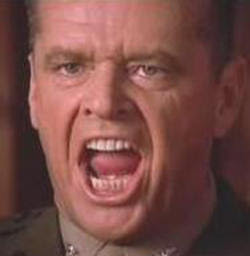 And this out of Houston, home of overweight mice: Houston scientists are working on an “exercise pill” that tricks the muscle into thinking it is exercising. So far it has only been tested on mice–fat, lazy mice (I’m not making this up.) It is showing a decrease in muscle mass in these mice, thought they are continuing their lazy mice behavior. Not working out at all. 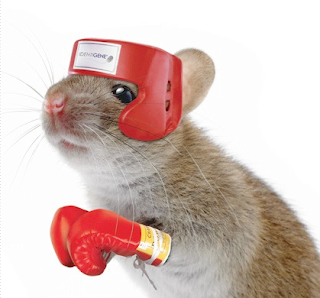 Of course, if it sounds too good to be true, it probably is. This pill causes heart problems, kidney problems, and renal problems. Still working the kinks out, I guess. But the way I see it, we could live with major organ malfunction, if it meant we could be fit and never have to exercise again, right? I mean, really…do we really NEED two kidneys?

And finally, the attorney for Jamaican reggae star Buju Banton wants his client moved from the Pinellas County jail – for diet concerns.

Banton has been in jail on a drug charge, for selling cocaine to a paid informant, since December. The motion says he’s lost 40 pounds and was not given a diet in accordance with his religious views. He’s a Rastafarian, a religion that places importance on a vegetable- and fruit-based diet. 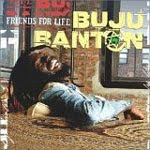 FFG Commentary: Ummm…Buju, aren’t you in jail for an illegal drug charge? You may have a credibility issue with the whole “it’s against my religion to put bad things in my body” argument. Know what I’m sayin’?

That’s it for news and for this edition of Throwback Thursday. If you’d like to see that Facebook Live where I talk candidly about struggling to lose 15 pounds, why I even care, and what I’m doing to keep a healthy view about my body, you can see it here.  Have a great weekend and a Happy Easter. 🙂