I just got home from a week in Washington DC. Which got me thinking…what a great time to discuss debt! 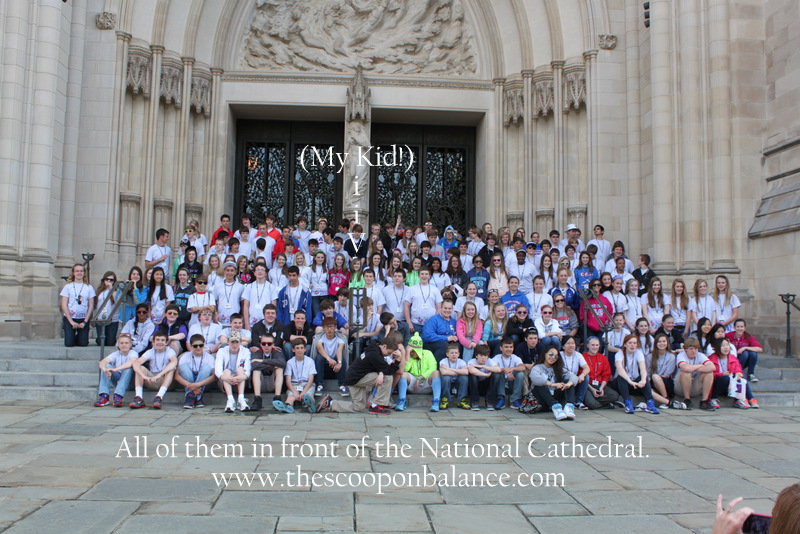 Debt will suck the life out of your marriage and the joy out of your work like nothing else. Debt will force you to make choices you’d never make if you lived in financial freedom. Debt will cause you to take jobs you hate, sell things you love and withhold what you wish you could give away.

The poor are ruled by the rich,
and those who borrow
are slaves of moneylenders.
Proverbs 22:7 CEV 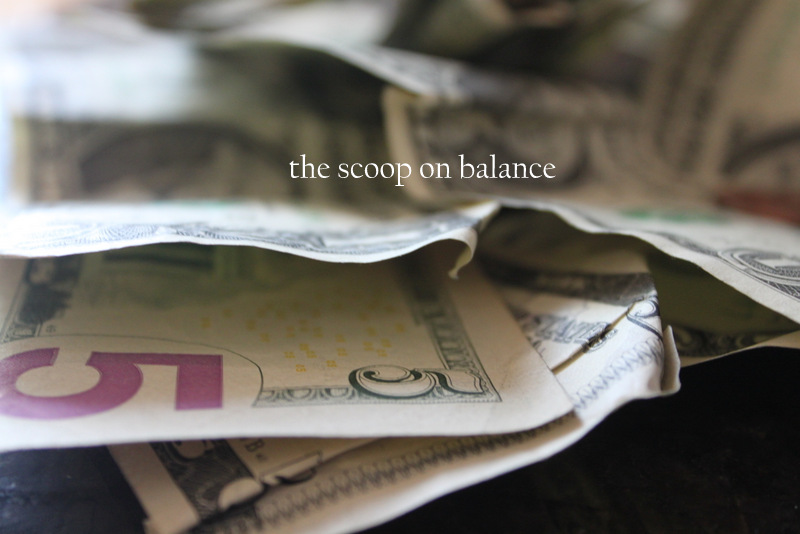 A little over a year ago, at the age of 44, Jon and I paid off our house. After 18 ½ years of marriage, we became completely debt-free. I don’t share this to brag or to intimidate you, but to inspire you. This was a milestone moment for us—something we had been working toward for nearly two decades.

People who write How to Become Debt-Free blogs and books typically have a dramatic story of crippling debt, followed by an ah-ha moment. Then they make a spreadsheet and a monthly budget, hold a garage sale and take a second job. Mostly, they like details and numbers. They can tell you where to get the cheapest gallon of milk and how to buy hip clothing at consignment shops.

I love those stories. I read every last one of ‘em. I am a huge Dave Ramsey fan and listen to him almost daily. I promise you, I well-up every stinkin’ time someone calls in to do the “Debt-Free Scream.” (WE’RE DEBT FREE!!!! FREEEDOMMMMMM!)

I would love for my story to move you to tears like that. But, problem is, we don’t have a dramatic story. Like, not at all. We’re kinda boring and atypical, actually. For example,

1. We have never been in scary credit-card debt.
2. We’ve never carried astronomical school loans.
3. We’ve never feared filing bankruptcy or foreclosing on our home.
4. We don’t follow a detailed written monthly budget.
5. I have no idea how to create a spreadsheet or use one.
6. I don’t clip coupons, have a second job to supplement our income or shop at the dollar store.
7. I bought milk last night, but could not tell you what I paid if my life depended on it.

We simply don’t have the dramatic before and after pics of a life nearly ruined by debt. I guess you could say our story is mainly one of (mostly) avoiding debt, not struggling to come out from under it. That is a good thing—a very good thing! But a sexy blog post, it doesn’t make.

And before you assume we were born into wealth and had a huge inheritance plopped into our bank accounts, let me set the record straight.

I am the youngest of seven kids, raised in an old Polish neighborhood, not far from downtown Toledo, Ohio. I grew up in the same small house my Dad helped build for his mother. The same 1,200 sq. ft, three-bedroom, one bathroom house my parents moved into when they got married.

(Two, if you count a toilet and a shower in the unfinished basement.)

(I’m pretty sure I didn’t pee in private until college.)

(This was great preparation for motherhood, where I also haven’t peed in private since 1997.)

(Ask me how much sympathy I have for a Cooper kid who might complain that she/he has to share the upstairs bathroom with her/his two (TWO!!) siblings. Go ahead, ask me.)

My Dad, who grew up in poverty during the Great Depression, never graduated from high school. He worked in the same factory from age 16 until he retired at the age of 65. He sometimes worked a second job delivering furniture (and my older siblings tell me there was a third job, but I don’t remember this), and he also worked overtime as much as it was offered to him.
To this day, his goal is and has always been to give his children a better life than he had growing up.

My mom stayed home to raise her seven kids. Except when she left at night to clean offices for extra money. (Seriously. Can you imagine taking care of kids all day long, and then when they finally go to bed, you go and clean someone else’s toilets?)

I had parents who were not afraid to work and refused to use credit to pay for anything—even cars. It’s one of the things I’m most thankful for: a debt-free mindset. Unless, of course, you mean Debt Owed to Mom.

See, my mom kept a tally of every dollar I ever borrowed from her—literally. If I needed $5 to go to the movies with my friends and didn’t have the money from my own job (hold that thought), she’d gladly give me the $5. And then she’d jot it on a piece of paper taped to the side of the kitchen cupboard. She had a tally just like it for each of her seven kids. And every kid had to pay Mom back, eventually.

I got my first job at the age of 14, working for a family-owned catering company, coordinating the table skirts and candelabras for weddings. I also baby-sat. I worked part-time jobs all through high school and college until I graduated and got a real job.

By their example and parental diligence, my parents instilled in me the value of a dollar, the power of delayed gratification and the benefit of a day’s work. These qualities are so ingrained in me, that they still influence every financial decision I make and greatly influence the way I handle money with my own children.

Jon is also one of seven kids. He grew up in a similar neighborhood and went to similar schools. But he came from the wealthier family, for sure. He had more toys and nicer clothes than I did. He went to a more expensive college than I did. I don’t know a lot about his parent’s financial situation, but I know they most certainly could have paid cash for his entire education. But they didn’t. Instead, they paid a portion of it, along with his rent, and required him to take out school loans for the remainder.

When we met, Jon was not nearly as committed to becoming debt-free as I was. Like most young college graduates, he thought credit was a normal part of life. He wasn’t stupid with is money, but he wasn’t diligent about it either. He wouldn’t hesitate to open up a Best Buy credit card to buy a new TV, for example.

Though we came into marriage with different goals and expectations about our finances, it didn’t take us long to figure out we each brought something valuable to the relationship regarding money. Me: radical frugality. Him: a love of numbers and a great ability to understand long-term investments. And also, spreadsheet prowess.

So, how did we get from newlyweds with car debt, Mom Debt and college loans to becoming completely debt-free by the age of 44? We made a thousand little decisions along the way. Over the next few weeks, I’ll be sharing some of those decisions with you. Though, not all thousand. Probably four. Maybe three.

What I want you to know today:

1. Debt is bondage.
2. Debt is a barrier to a well-balanced life.
3. Not all debt-free stories involve drama.
4. Your up-bringing, good or bad, is probably the biggest factor in how you handle money today.
5. How you handle finances today, good or bad, will probably be the biggest factor in how your children handle money as adults.
6. You do not have to use credit to build wealth.
7. You do not have to know how to use a spreadsheet to handle money wisely.

1. Read Proverbs 22:7 again: “The poor are ruled by the rich, and those who borrow
are slaves of moneylenders.” What do you think of the concept that debt is like slavery?
2. How has your upbringing influenced how you think about money?
3. Can you think of a time debt has caused you to make decisions you would not have made if you were debt-free?
4. Consider how your finances (good, bad or improving) affect your balance.
5. Ask God to show you the spiritual value of living debt-free.

Where I tell you we paid off the house