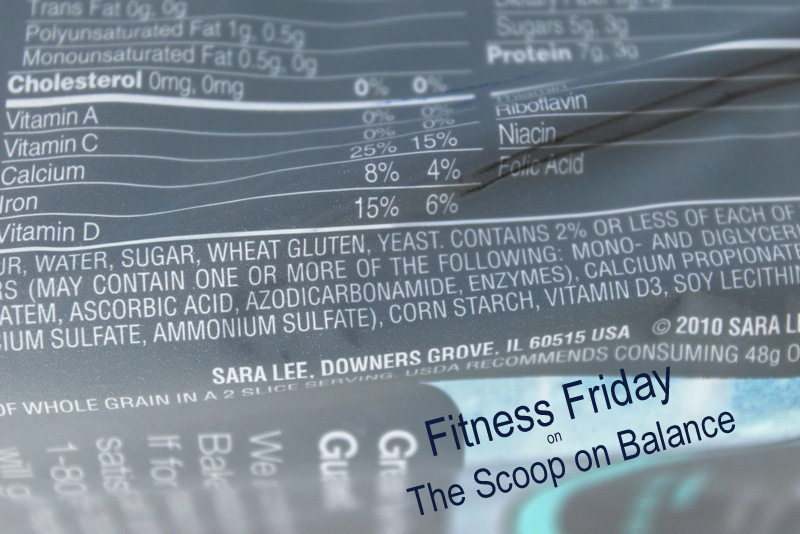 If you eat processed food at all, you know how overwhelming it is to flip over a box of cereal to decipher and decode the list of unfamiliar ingredients.

In researching for the posts in the Mystery Ingredients Revealed series, I was overwhelmed by the sheer number of ingredients used in processed foods.  There are thousands.  Literally.  And just when I thought I had narrowed the list down to the most common, I’d come across another and think, “Oh, I should include this one, too.”

At some point I had to stop. And that is why there are only five ingredients on this list.

Sure, there are many more “Mystery Ingredients” nutrition experts would consider “safe.”  But the ones I’ve included here are the  most common ingredients found in “healthy”  processed foods, generally considered “safe” by the majority of health and nutrition experts.

Notice, as you read, even these “safe” ingredients are not without controversy.

And notice also how many times I “put things in quotation marks” already in this post.

1. Citric acid: This is an organic acid found in many fruits, especially limes, lemons and grapefruits. It increases the acidity of a microbe’s environment, making it harder for bacteria and mold to survive and reproduce, so it makes a good natural preservative. It can also be used to bind to and neutralize fat-degrading metal ions that get into food via processing machinery.

The citric acid you consume in food is neither good nor bad for you.  After consumption, It goes into the bloodstream, but most of it simply passes from there into your urine, and you excrete it from the body.

Why Some Consider it Unacceptable:  There are no health concerns that I know of concerning citric acid.

2. Maltodextrin:  This “naturally derived” sugar, is made by applying acids or other enzymes to rice, corn or potato starch.  It is often used in combination with other additives and spices to form a dry, savory or sweet coating for fried snack foods, such as corn chips and potato chips.

Athletes commonly use maltodextrin after workouts to replace glycogen stores in their muscles and prevent the breakdown of muscle protein (think “recovery drink.”)  As a supplement, manufacturers use maltodextrin in a variety of endurance-enhancing products, including sports drinks, because the chemical composition causes it to metabolize more slowly in the body than traditional table sugar.

Why Some Consider it Unacceptable:  Since maltodextrin is a processed food additive, it is an unnecessary element in foods. Though scientists may tout maltodextrin as being “natural” or “naturally” derived, it is not found as an isolate in nature.

Others do not like that it is derived from corn, which, in most cases in the US, is genetically modified. (Genetically modified, or GM, foods are biotechnically changed to increase yields and resistance to herbicides and insects. Some health-food advocates and scientists have concerns with the potential long-term impact from eating GM food.)

3. Evaporated Cane Juice Syrup: This is considered a “natural” sugar and is sold on the market as Muscavado, Turbinado, Demarara, Sugar in the Raw, and Organic Raw Sugar.

During refinement, the sugar cane juice is pressed from the sugar cane and boiled at high temperatures. The juice is then separated into two streams:  a sugar stream and a molasses stream.  The sugar stream is crystallized through evaporation, after which some of the molasses is reunited with the sugar in unnatural proportions to provide small amounts of nutrients and a brown-ish color.

(Just by way of reference, white sugar undergoes even more processing beyond this, with phosphoric acid, formic acid, sulphur dioxide, preservatives, flocculants, surfactants (lard is frequently used as a defoamer), bleaching agents, and viscosity modifiers.  This is why white sugar is considered so much worse than evaporated cane juice.)

Why Some Consider it Unacceptable:  Though not as processed as white table sugar, it is still highly processed.  During the refining process, the boiling destroys the enzymes from the sugar cane, then most of the remaining minerals go into the molasses stream, leaving the sugar stream virtually void of nutrients.

4. Expeller-pressed oils:   This is oil extracted from its source by mechanical extraction—applying pressure to nuts, olives or seeds until oil starts seeping out by using an expeller.   (An expeller is basically a big screw that is tightened until it crushes the nut/olive/seed and causes oil to run).  This is how oil was extracted for centuries before we started using chemicals in food.

Food manufacturers prefer not to use this method because it is inefficient, extracting only 65%-70% of the oil from nut, olive or seed.

Most companies opt for the more common and more efficient process of solvent extraction, which recovers 99% of the oil.  In solvent extraction the oil is extracted chemically with hexane, a poisonous chemical. To get rid of the hexane, they heat the oil to high temperatures which can changes the flavor of the oil, or ruin it altogether.

Sometimes companies will use the expeller-press method followed by the solvent method, to extract as much oil as possible.

Why Some Consider it Unacceptable:  There is nothing unacceptable about this oil.  Unless, of course, you find oils in general to be unacceptable, or if you have a food intolerance to the oil source.

5. Soy Lecithin:  Lecithins are oily substances that occur naturally in plants (soybeans) and animals (egg yolks). Soy lecithin is extracted from soybeans either mechanically or chemically using hexane (poison). It is used as an emulsifier, meaning it keeps food from separating. It is also used in bakery items to keep the dough from sticking and to improve its ability to rise.

If you eat processed foods at all, it is nearly impossible to avoid soy lecithin, as it is one of the most common ingredients in processed foods.  This makes sense, since soybeans are one of the cheapest crops in the US.  You will find it in everything from cereals, pasta, and breads, to soy milk, infant formula and some meats.  You may even find it in tea bags, cough drops, prescription medications and asthma inhalers!

Eating soy has also been linked to increased breast cancer, reproductive problems and impaired brain development. (I wrote a more detailed post on soy and why I avoid it here.)

Finally, some prefer to avoid it because it’s derived from refined oil using hexane.

So, there you have it.  I’ve said it before and I’ll say it again:  the very best way to feed your body and avoid all chemicals– dangerous, questionable or controversial– is to consume a diet of natural, organically grown, whole foods (coming directly from a plant or animal)

You will never see “maltodextrin” on a bag of oranges, a head of lettuce or an organic whole chicken.  And you won’t see a little jar of “soy lecithin” in your spice aisle to use in your home made bread.  You just won’t.

Q4U:  Go look in your pantry and see how long it takes you to find something containing “soy lecithin.”  Then come tell me where you found it.  I bet it won’t be long.  For me, it was the 3rd thing I picked up. 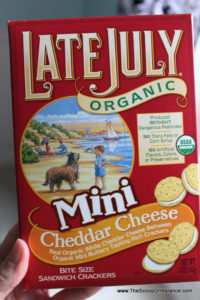 Are you following The Scoop on Balance on Facebook yet?  You should.  All the cool, healthy kids are doing it. Plus, you get my exclusive “Fitness Friday Quick Tip” AND my “Balanced Tip Tuesday”  Only for Facebook fans.

Today I’m linking up with Megan at Your Green Resource