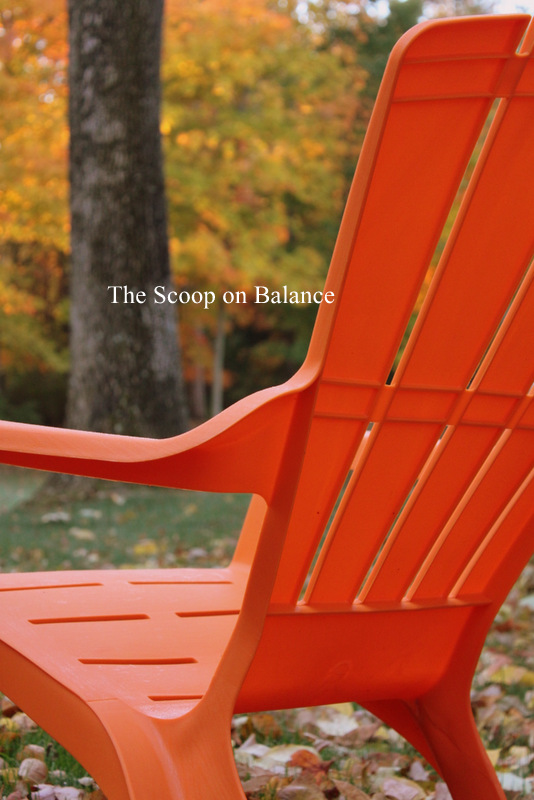 For the last 2 months, I’ve been in the midst of transition. Since I became a mom way back in 1997 (when some of you still wore braces) I’ve had at least one small child home with me. The only exceptions being the few months between Noah’s death and Rebekah’s birth (which didn’t count, because I went back to work and cried a lot), and the few months between Elijah starting kindergarten and Elliana’s grand entrance into our family (which also didn’t count, because God had some specific plans for me.)

But this year, all that changed completely when Elliana,(cue the trumpets) started full-day kindergarten.

You’d also think that I would be having lunch several times a week with friends and that, quite possibly, I’d be completely caught up on Oprah.

I don’t understand what you mean when you say, “Oprah isn’t on any more.”

OK then, Regis and Kathie Lee.

But, no. Instead of rolling around and giggling my way through my 176,400 kid-free seconds, I found myself feeling rushed, stressed, overwhelmed, buried, and behind.

Do I have some kind of freaking disorder or something? I have been fantasizing about this season for years. YEARS, I tell you!

After thinking, praying, analyzing, strategizing and dissecting both my schedule and my attitude every which way, I discovered something I had completely neglected:

All those things I could do (maybe even enjoy) but prayerfully neglect for the sake of balance.

1. I don’t pull weeds.
2. I don’t go to multiple grocery stores looking for the best deal on organic milk and eggs.
3. I don’t clip coupons.
4. I don’t organize my on-line photos.
5. I don’t scrapbook.
6. I don’t keep a written budget.
7. I don’t belong to the neighborhood women’s club.
8. I don’t volunteer to be room mom, book fair coordinator or organizer of the PTO hospitality committee.
9. I don’t attend Women’s Ministry events at church unless I’m speaking
10. I don’t attend Wednesday night classes at my church unless I’m teaching.
11. I don’t talk on the phone.
12. I don’t watch TV unless the words “American” and “Idol” appear in the title.
13. I don’t shop unless I need something.
14. I don’t grow my own herbs or veggies.
15. I don’t vacuum under the furniture.
16. I don’t work out at a gym.
17. I don’t exercise longer than about 40 minutes on most days.
18. I don’t take my kids to serve at the homeless shelter.
19. I don’t attend jewelry parties, Pampered Chef parties or home décor parties.
20. I don’t read fashion magazines or look at catalogues.
21. I don’t sew or alter anything by hand.
22. I don’t send hand-written letters.
23. I don’t iron my husband’s clothes.
24. I don’t read the paper or watch the news.
25. I don’t cook on the weekends.
26. I don’t sleep past 5:30 am on weekdays.
27. I don’t have a Twitter account. (Or Pinterest, though I had never heard of it in 2011)
28. I don’t skype.
29. I don’t work toward getting a personal trainer certification.
30. I don’t attend a Women’s Bible Study.
31. I don’t blog—for the last half of the year, at least.

Once I knew I had 35 uninterrupted hours a week, I mentally tossed the To-Don’t List in the garbage. I set the bar high. Way high. I reasoned I could do everything I formerly did with children home, only now I could it faster, better, smarter. PLUS, I could also do everything I had prayerfully neglected—everything I have been wanting to do, but haven’t been able to, for the last 15 years.

I removed all self-imposed limits.

“The problem with trying to do everything is that you don’t have time for nothing.” ~Unknown

Remember how we talked about imbalance is sometimes just guilt? That’s what was happening to me.

Guilt because I couldn’t do everything I thought I should have been able to do—which was, well, everything.

Guilt because, at the end of my kid-free day, I still had a long list of un-did stuff.

Guilt because I still found myself rushing through the grocery store and failing to return phone calls.

Guilt because people were beginning their sentences to me with, “Now that you don’t have anything to do during the day, maybe you can…”

And I’d mentally reply, “True, I have nothing to do all day now that everyone is in school.”

So, why can’t I keep a spotless house and workout an hour a day and get together weekly with friends and volunteer at the school and attend every field trip and remodel the entire house and keep up on laundry and grocery shop in record time at multiple stores to get the best price and cook from scratch every night and launch a new blog with a Facebook Fan Page, a Twitter account and a Pinterest account and write at least 4 hours a day?

And do all 30 of those things on my To-Don’t List?

And for the love of all that is holy and sacred, why can’t I be wholly done with it all, as well as be showered, blow-dried and make-upped, by 3 pm, so I can be present when those precious kids crawl into my car and need me to cart them all over town and quiz them on spelling words and vocab?

Why can’t I do all that?

Because balance requires boundaries. Especially when seasons end and new ones begin. Even when those new seasons have expanded schedules. No one can do everything—not even with 176,400 kid-free seconds. No one can operate without boundaries around their time and maintain life-balance.

So, I ask you (again), what do you prayerfully neglect for the sake of balance?